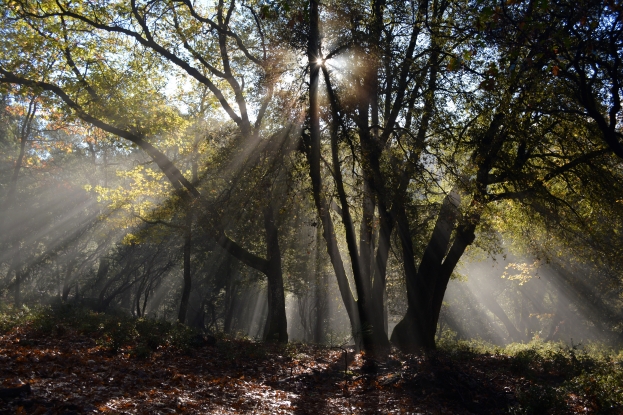 Our Airhouses holiday lodges in the Borders are surrounded by many beautiful woodlands. But did you know that every species of Scottish tree has a wealth of myth and superstition behind it? If they could only speak, these towering guardians of nature could probably tell you some incredible tales.

From healing medicine to seasonal rituals, here is some of the fascinating folklore behind Scotland's trees...

1. Oak
In fairy lore across Britain, it was commonly believed that oaks were one of the most magical of trees, alongside ash and thorn (in fact, here is an amazing story about an old thorn tree in the Scottish Borders).

Oaks were important to many ancient Celtic cultures, partly because mistletoe, an important fertility symbol, grew on them. The Druids, a group of Celts who offered spiritual guidance and healing, even conducted ceremonies in scared oak groves ('Druid' actually means 'oak wisdom').

One of Scotland's most famous trees is the Birnam Oak in Dunkeld, which is one of only two surviving trees from the great lost Birnam Wood. The tree even features in Shakespeare's Macbeth. 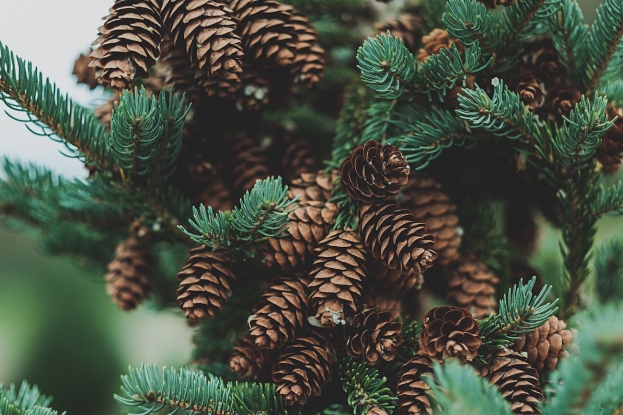 Every year at the winter solstice, the Druids of Scotland's Northern harbour towns carried out an important ritual known as 'turning back the sun'. They would build a huge bonfire then burn an oak log and Scot's pine, with the purpose of giving power back to the sun. They also believed that the pine's sweet-scented resin and needles could protect them from evil during those dark days.

In folk medicine, the pine needles and buds were used to treat conditions like bronchitis and even pneumonia. Plus as pine is an antiseptic, it was applied to cuts and wounds. Bathing in pine needles was also thought to help with insomnia and anxiety, while stuffing a pillow full of needles was said to cure a cough. People also used to carry pine cones around to increase fertility.

3. Rowan
From its berries to its bark, ancient people believed that the rowan had many special powers. The tree was known for its medicinal purposes and was used as everything from an antibiotic to a rheumatism treatment to a scurvy cure. It was also believed that gargling a liquor made from the berries would heal a soar throat (the redness of the berries was even thought to ward off evil). The wood of the rowan was also used to stir milk as it was said to prevent curdling.

Perhaps because of its medicinal purposes, it was seen as very unlucky to chop down a rowan tree. 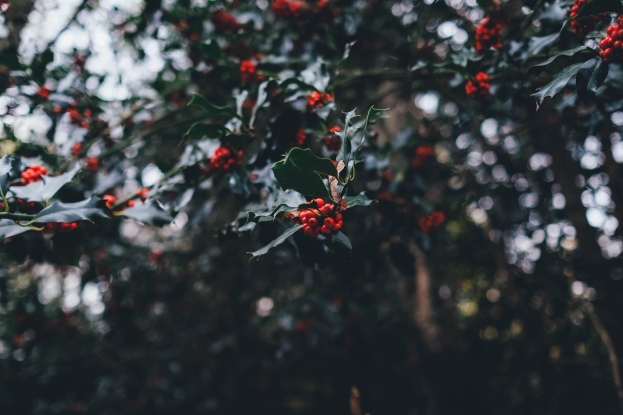 Holly trees were traditionally believed to protect against evil and lightning strikes, so it was considered a bad idea to cut them down (it's easy to dismiss these beliefs as superstition, until you find out that holly leaves have spines that act as little lightning conductors). In fact, as late as 1861, the Duke of Argyll had plans for an entire new road re-routed in order to avoid cutting down an old holly tree.

The ancient Celts believed that the Holly King ruled the world from summertime until the winter solstice, while in British fairy lore, holly sprigs in the home were said to guard against malevolent imps. In Christianity, the bright red holly berries symbolised the spilled blood of Christ.

In fact, the classic Christmas carol 'The Holly and the Ivy' actually has pagan roots. Every year at the winter solstice, a boy dressed in holly leaves and a girl dressed in ivy would walk around their village singing, to give people hope that spring would return again. 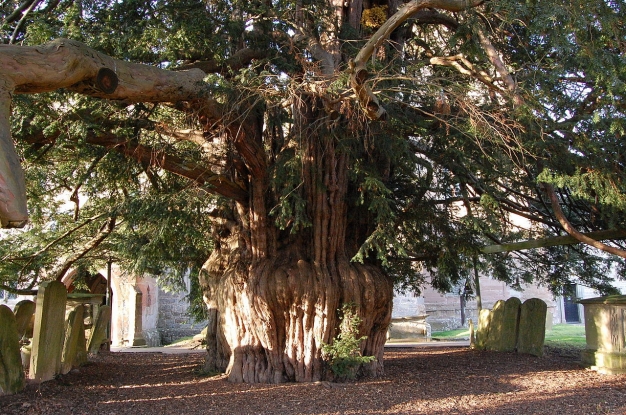 Scotland's oldest tree is the Fortingall yew, which stands at the centre of our country in Glen Lyon, Perthshire. Estimated to be between two and nine thousand years old, some say that it is actually the oldest tree in the whole of Europe (legend even has it that Pontius Pilate was born beneath this very tree, when his Roman father was visiting a Pictish king).

But it's not just the tree at Fortingall that is significant, as the Druids considered yews to be sacred in general. This was probably because they could live for so long, due to their amazing powers of regeneration. Because of this they became symbolic of death and resurrection (perhaps this is even why many old yews can still be found in churchyards across Britain to this day). And although yews are poisonous, they were also used to treat headaches and neuralgia.

Scottish tree lore is truly fascinating. And if you'd like to explore Borders forests like Glentress, Cardrona and Cademuir, why not stay in an Airhouses holiday lodge?