The Best Walks In and Around Edinburgh 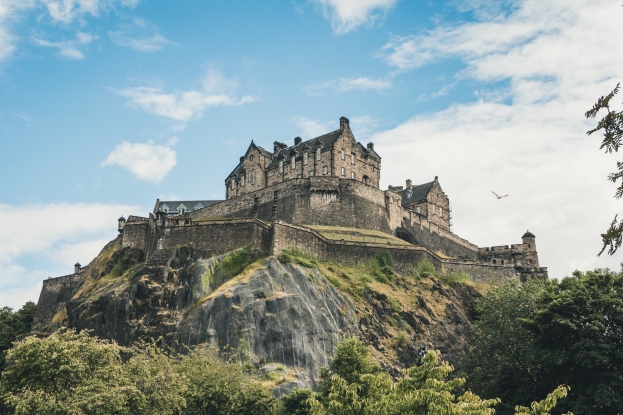 Why not take a walk around the Scottish capital?Jorg Angeli

When you think about Edinburgh, we're guessing that you probably think about festivals, military tattoos and theatre shows? But in actual fact, Scotland's capital is a wonderful treat for walkers too, with plenty of scenic spots to explore.

The secret is in knowing where to find them. So here are four memorable Edinburgh walks to try (some that you might already of heard of, others that are a little more under-the-radar)... 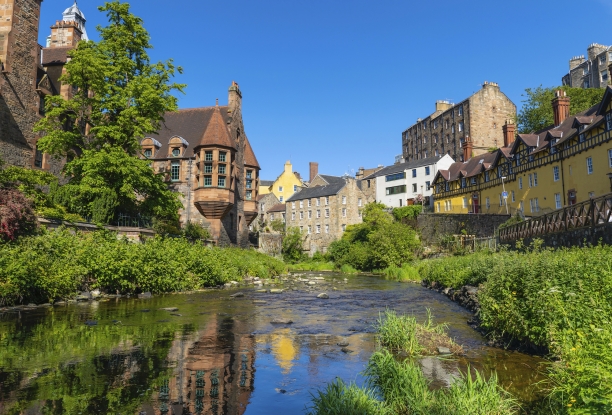 Perched on the Water of Leith, Dean Village is a tranquil oasis that visitors to Edinburgh often overlook. Although it is only a short walk from Princes Street, it feels like another world entirely.

This 19th century mill village is filled with charming old buildings overlooking the river. Highlights include the architectural gem of Well Court and the classical temple guarded by a statue of Hygeia, Greek Goddess of Health. Walkers can also look out for the various stone plaques that tell the story of this picturesque village.

if you follow the river walkway then you will eventually reach the landmark Dean Bridge, which rises gracefully above the water on four arches.

2. Wander along the River Almond Walkway 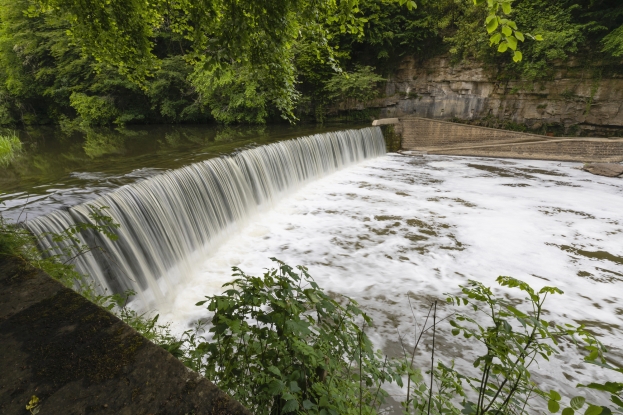 Did you think that the Leith was the only river in Edinburgh? Not so — in fact, the lesser-known River Almond has its own special charms.

The best way to explore this tumbling waterway of weirs and waterfalls is via the figure-of-eight-shaped River Almond Walkway. The journey starts at Cramond Bridge on the outskirts of the city, then takes you through the fascinating Cammo Estate. Often described as 'Edinburgh's hidden gem', this crumbling estate offers 85 acres of woodland, meadows and dykes.

Along the way you will see the gates to the ruined 17th century estate house, the old Water Tower and the fairytale Grotto Bridge. Finally, the walk will take you directly beneath the Edinburgh Airport flight path before leading you back to your starting point. 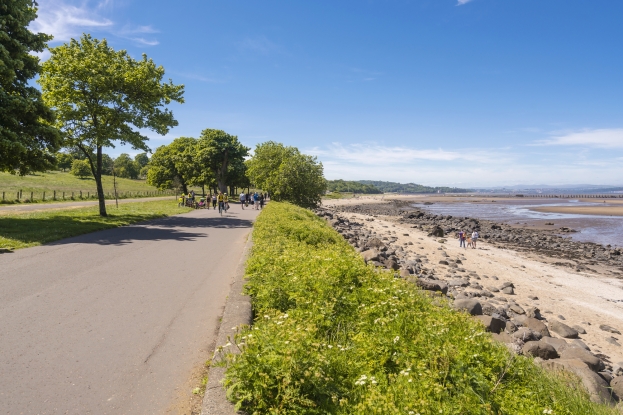 Northwest of the city centre, Silverknowes Esplanade is a refreshing four-mile stroll along the Firth of Forth estuary with its sandy beach. This walk is adored by dogs and also attracts its fair share of cyclists.

The route offers magnificent views of the Firth and on a clear day, you can even spot Fife. You will also see the uninhabited Cramond Island, which contains former military structures and is linked to the beach by a tidal causeway. If you are planning to cross over, make sure to check tide times (you don't want to get stranded!).

At the end of the route is the quaint Cramond Village with its old kirk. A great spot for a bite to eat is the Cramond Falls Cafe, which is based in a 17th century mill overlooking the River Almond. 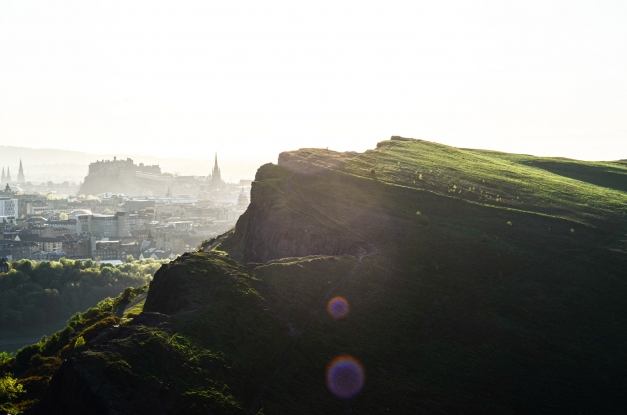 Finally, we can't very well not mention one of Edinburgh's most iconic hikes, Arthur's Seat.

This lion-shaped extinct volcano overlooking the city will definitely reward you for your exertions with a jaw-dropping view (plus some people even believe that it is the site of the mythical Camelot).

The best suited walk for various ages and abilities starts by Holyrood Palace at the end facing the Salisbury Crags. From there, take the Green Route and stick to the left-hand side. The trail will decline for a bit, then rise again into a single dirt track.

Once you reach the top, you can enjoy a panoramic cityscape, including yet another extinct volcano— the rock on which the castle is perched. Next, you can either retrace your steps or take the steep Red Route down to the Salisbury Crags instead.

Duration: 30 minutes to one hour

We hope that this has inspired you to explore more of Scotland's capital. Remember, Edinburgh is about more than just the excitement of the city centre — there are plenty of scenic hikes to enjoy as well.

Looking for a luxury holiday lodge near Edinburgh? Our five-star escapes are nestled deep in the Scottish Borders, yet are less than an hour's drive from the city.