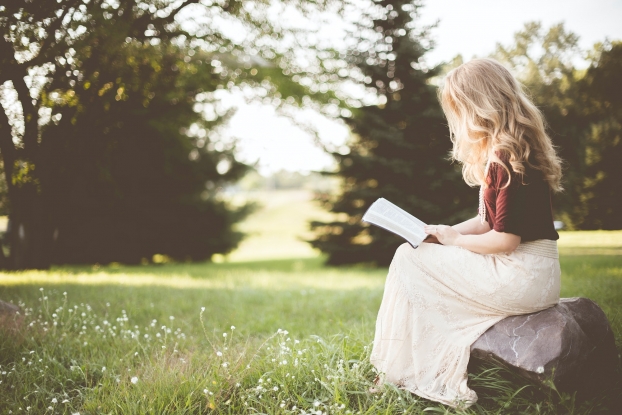 Exploring the Scottish Borders by foot is always fascinating, but sometimes it's fun to add a literary twist to your adventure.

Luckily, that's not too difficult to do. In fact, both the Borders and nearby Edinburgh have provided rich inspiration to writers over the years, from the romantic yarns of Sir Walter Scott to the gritty 'tartan noir' crime fiction of Ian Rankin.

With this in mind, here are four literary-themed walking routes that both book lovers and outdoor enthusiasts can enjoy... 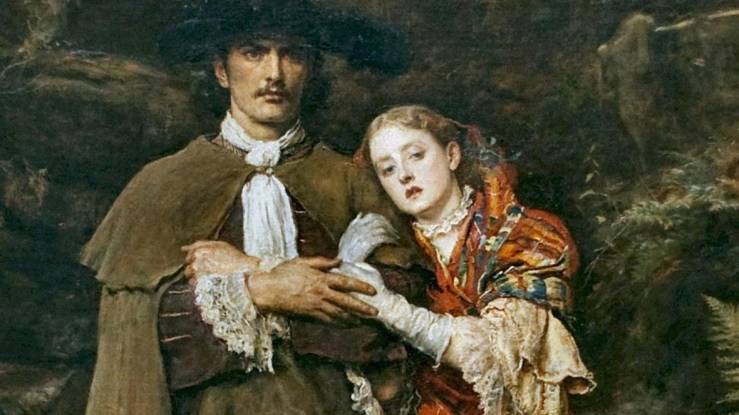 It is well known that the landscapes and legends of the Scottish Borders was a huge influence on Sir Walter Scott, featuring in several of his novels and poems.

So it's only fitting that Sir Walter has a walking route in his honour. Note that this is a substantial cross-country route that takes five to seven days — but as it's helpfully broken into six sections, you can pick a single part of it and enjoy an exhilarating day out instead.

This hike runs from Moffat in the neighbouring region of Dumfries & Galloway into some of the most scenic spots of the Scottish Borders, ending at Cocksburnpath on the coast. En route you can take in the River Tweed, coastal paths, valleys, lochs, reservoirs, landmark hills and historic villages. Highlights include St. Mary's Loch, which was celebrated in one of Scott's poems, and the Liddesdale Hills, which were the backdrop to Scott's novel, The Black Dwarf.

The shortest stretch is from Traquair to Galashiels, which gives you a chance to hike from the historic Traquair House to the biggest town in the Borders. The scenic Lauder to Longformacus stretch will take you from a charming market town to the hillside village that featured in Scott's The Bride of Lammermoor. 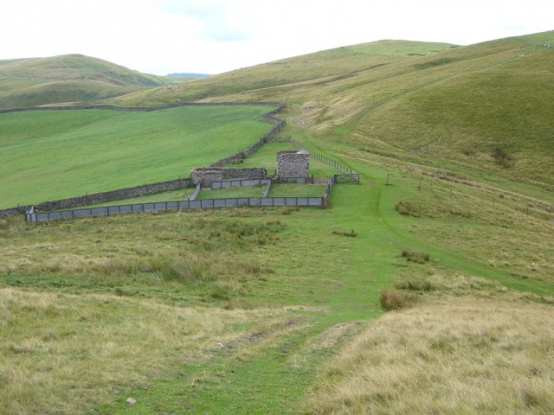 Follow in Alistair Moffat's footsteps along an ancient roadIain Macaulay

Scotland is filled with hidden, lost and forgotten paths, byways, pilgrim routes, turnpikes and sea roads. And of course, the Borders is no exception. In The Hidden Ways: Scotland's Forgotten Roads, writer Alistair Moffat set out to explore many of them, unearthing fascinating and forgotten histories in the process.

One of these is the epic Invasion Road Route from the Cheviot Hills in Northumberland to the Lammermiur Hills in the Borders. It is so named because it is part of a much bigger stretch of 2000-year-old Roman road known as Deere Street, which connects York to Edinburgh. Of course, you don't have to explore the whole of the Invasion Road Route like Moffat did, as there are a couple of shorter alternatives in the Borders itself.

If you'd like to make a whole day of it, then you can hike the stretch from Saint Boswells to the Pennymuir Roman Camps via Jedburgh, which will take around six or seven hours. Or for a shorter hike, start at the midway point and walk from Jedburgh to Pennymuir. Whichever route you choose, you will be rewarded with memorable views of the rugged Borders scenery that Roman soldiers once marched across. 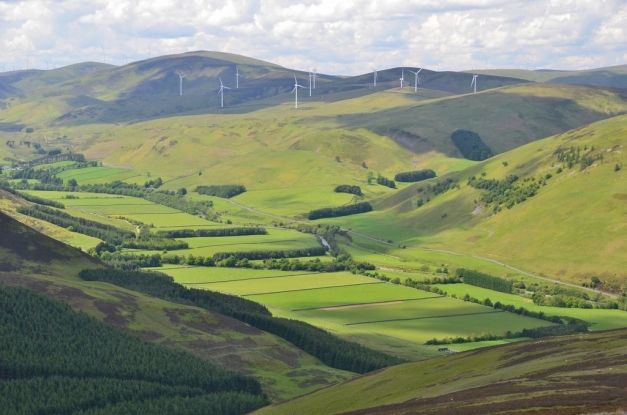 First published in 1915, John Buchan's The Thirty-Nine Steps has remained a well-loved adventure tale for over a century, inspiring both film and TV adaptations. Set in London and the Scottish Borders, it follows Richard Hannay, a man on the run after being falsely accused of murder. Yet this classic novel is more than a suspense story — it is also a celebration of the rolling Borders countryside that Buchan dearly loved. In his own words: 'Yon are the hills that my hert kens weel, hame for the weary, rest for the auld.'

Experience it for yourself on the John Buchan Way walk from Peebles to Broughton village, a roughly six-hour hike through the valleys and hills of Tweeddale, taking in farmland, heather-lined paths and the dramatic Stobo Castle. The route begins at Buchan's old family home in Peebles (in fact, it's well worth visiting the town's John Buchan Story museum first), before leading you across the River Tweed and deep into the countryside.

En route, keep an eye out for sights like the Peebles Hydro Hotel, Cademuir Hill Fort and Manor Water. Once you reach Broughton you can visit the village tearoom and brewery. 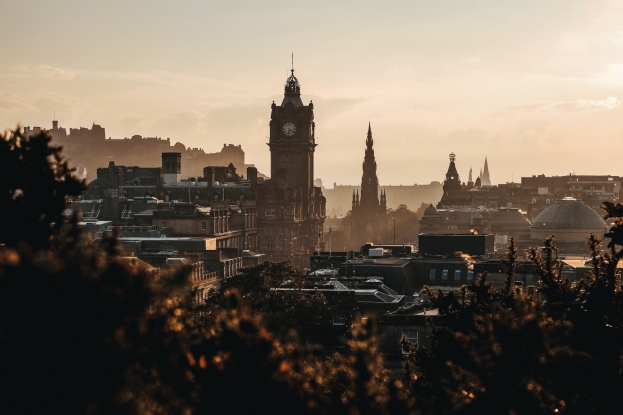 James Hogg, Jules Verne, Robert Louis Stevenson, Muriel Spark, J.K. Rowling, Ian Rankin...Edinburgh has been an inspiration for many notable authors. And no wonder, because with its winding medieval streets, sweeping Georgian avenues and fairytale castle, it's a city that feeds the imagination like few others.

Get a feel for it yourself on this whistle-stop book trail, which includes a few of the city's key literary landmarks. Start your tour at No. 17 Heriot Way in New Town, an elegant 18th century terrace house that was the childhood home of Robert Louis Stevenson, who moved there in 1857. As child, Stevenson was often poorly and would gaze for hours out of his bedroom window towards the pond and islet in Queen Street Gardens, which is said to be the inspiration for Treasure Island.

Next, head around the corner to stop for a wee drink at the atmospheric The Oxford Bar on Young Street, a favoured drinking spot of Ian Rankin's famous fictional detective, Inspector Rebus. Once your thirst is quenched, it's time to make your way into Edinburgh's gothic Old Town and Greyfriars Kirkyard.

Once in the Kirkyard, your mission is to find the Greyfriars Bobby statue that features in the classic book of the same name by Eleanor Stackhouse Atkinson, and the old Thomas Riddell gravestone that inspired J.K. Rowling's most famous villain. Next, head across the street to see the scarlet-fronted Elephant House café (where the first Harry Potter book was written), before taking the five-minute stroll to Lauriston Place and the turreted George Heriot's School (supposedly the inspiration for Hogwarts).

If you'd like to extend your tour, then why not include Arthur's Seat in Holyrood Park as well? This jaw-dropping hunk of volcanic rock is more than just a famous Edinburgh landmark — it has also fuelled the imagination of various writers. Described by Robert Louis Stevenson as 'a hill for magnitude, a mountain in virtue of its bold design', Arthur's Seat features in Confessions of a Justified Sinner by James Hogg, The Underground City by Jules Verne and, more recently, One Day by David Nicholls. And if you time your arrival to just before sunset, you can hike to the top and enjoy incredible views.

Explore all of these fantastic book trails and more on a stay in a luxury Airhouses holiday lodge in the Scottish Borders.

You might also like:
The Best Escapist Books to Enjoy During Lockdown.
Five Amazing Facts About Sir Walter Scott.
The Best Walks In and Around Edinburgh.