The Amazing Scottish Origins of ’Blackmail’ and ’Red-Handed’ 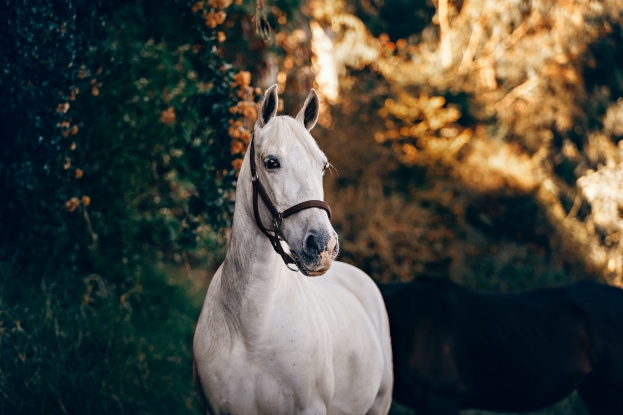 The Borders was once ruled by robber riding clansHelena Lopes

Did you know that everyday words and phrases like 'blackmail' and 'red-handed' actually originate from historic Scottish outlaws known as Reivers? Back in the misty past, these daredevil gangs marauded across the border between Scotland and England, leaving a trail of destruction. And amazingly, they still influence our language to this day. But who were they exactly?

From the late 1200s to the early 1600s, criminal families nicknamed 'Reivers' (robbers) dominated the Borders. Part gangsters and part guerrilla soldiers, they were known for their horsemanship and fighting skills. They were also notorious for not being loyal to church or crown, and for plundering, raiding and kidnapping across the region. Collectively, these ruthless riding clans turned the whole area into a dangerous frontier akin to the American Wild West.

Needless to say, the history of the Borders Reivers is filled with enough daring raids and escapades to rival the pirates of the Caribbean. But interestingly, they also made a lasting impact on how we speak. To prove it, here are a few popular terms that we stole from these bandits of old...

'Blackmail'
In Tudor days, 'mail' was just a word for 'tax'. When you paid rent to your landlords it was often in silver, which became known as 'white mail'.

During the Reivers era, the various outlaw clans began setting up protection rackets, demanding money from farmers in return for not being raided. If the farmers didn't have money then they could pay in things like barley, malt and oats instead. Eventually, this extortion practice became known as 'black mail' and caused the Borders to become a terrifying place for generations. 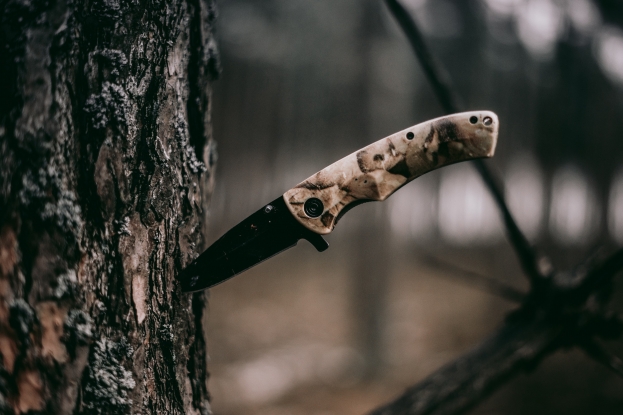 'Caught red-handed'
Whenever a Reiver was caught in the act of stealing livestock or committing murder, it was said that he had been 'caught at the rede hand', which literally meant 'with blood on your hands'.

If an outlaw was caught, there was often no hearing or reprieve — instead, they would simply be executed on the spot. At other times, special wardens might investigate the case before taking it to trial. So next time you hear the phrase 'caught red-handed' in a detective show, you'll know where it came from...

'Hot to trot'
Maybe we don't use this 1950s slang phrase too much these days, but we still know that it means 'ready for action'. And oddly enough, it is rumoured (although not proven) to be linked to the Reivers.

The theory is that the term originated from a special bandit ritual. Basically, when Reiver families ran low on food supplies, wives would serve their husbands a plate with nothing but a pair of spurs on it. This was a strong hint to their spouse that it was time to pillage again, so the Reiver would have to gather his clansmen together for a raid. And the quickest way to do so? By riding through the countryside with a flaming torch of straw known as a 'hot trod' in order to get everyone ready for action.

It is said that over the years, 'hot trod' developed into 'hot to trot'. Whether that's true or not, it is certainly a nice idea that old Scottish outlaw term ended up as hipster slang in 1950s America. 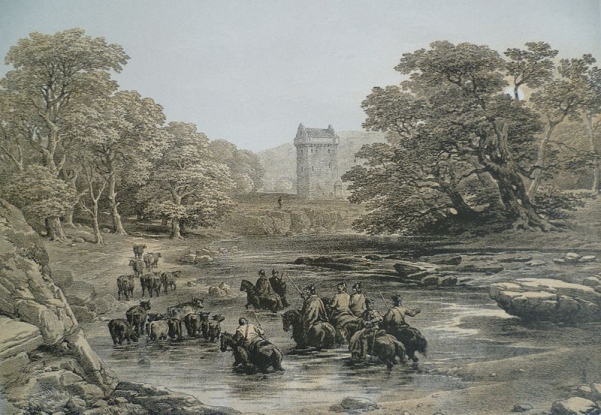 Bereaved
The Reivers were murderers as much as they were anything else. They left a trail of devastation and if they killed one of your family members, then it was said that you had been 'be-reived'.

However, Reivers often went unpunished. In fact, one clan that was literally able to get away with murder was the notorious Armstrongs. This was because they had helped Robert, 5th Lord of Maxwell, to fight off his enemies. As a result, Maxwell gave them carte blanche to loot and pillage as much as they pleased. In fact, it wasn't uncommon for Reivers to make powerful alliances and surprisingly, many of them were actually gentlemen themselves.

Yet the fact that 'be-reived' eventually evolved into a modern word for grief only goes to show how bloody and tumultuous the Reivers period was. So much so that to this day, it still casts a shadow on our language...

Planning on exploring the historical sights of the Scottish Borders? Stay in an Airhouses self-catering lodge and enjoy a bit of five-star luxury while you're here.