Was Camelot in the Scottish Borders? Your Guide to the Region’s Best King Arthur Sites 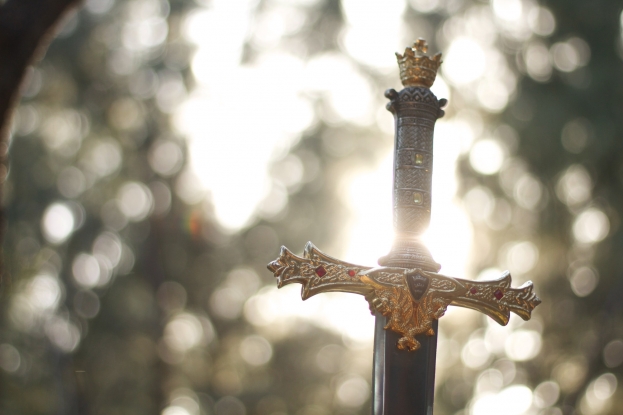 Legend, mystery, myth...King Arthur is all of these things and more. And according to Medieval writings he was even a real historical hero, although the exact details of his life have been lost in the fog of the centuries.

In fact, there are many theories about Arthur but one of the most fascinating is that he was actually Scottish. Some researchers believe that he was a brave 6th century military leader who defeated Saxon invaders in a series of battles across Scotland, securing freedom for his people.

Maybe this explains why the Scottish Borders has its own Arthurian legends, with both the legendary king and his court wizard, Merlin, showing up in local folk tales, place names and even prophecies. With this in mind, here are four rumoured Arthurian sites in the region...

1. The true location of Camelot 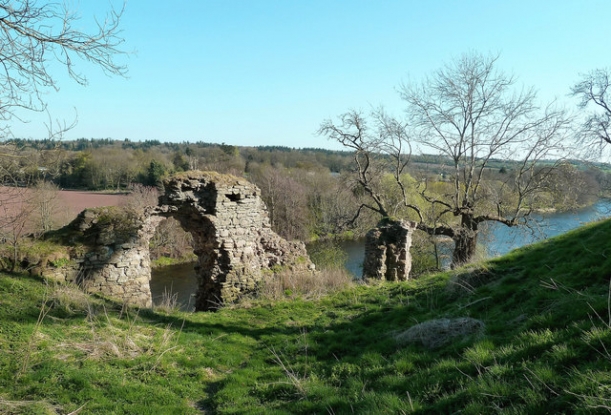 Is this where Camelot once stood? The ruins of Roxburgh Caste, Mary and Angus Hogg

The mythical castle of Camelot plays a central part in the tales of King Arthur. It is often depicted as a fairytale fortress of soaring turrets, fluttering banners and knights jousting on white horses. Yet its actual location is up for debate, with some historians arguing that it never existed at all and other claiming that it was based anywhere from Somerset to Cornwall.

However, Scottish author Alistair Moffat believes that Camelot was a real historical place in the Scottish Borders. And in his 2012 book, Arthur and the Lost Kingdoms, he claims that this mythical palace was actually on the site of Roxburgh Castle near Kelso.

Once the seat of the Duke of Roxburghe, Roxburgh Castle now lies in ruins at the point where the rivers Tweed and Teviot meet. In fact, the castle had a bloody history, falling in and out of English hands before finally being destroyed in 1460. But as it was founded by King David in the 1100s — a whole 600 years after the supposed time of King Arthur — how could it have possibly been Camelot?

Well according to Moffat, there may actually have been an earlier cavalry fort on the same site as the castle. What's more, the ancient Celtic name for this site was 'Marchidun', meaning 'horse fort' in Old Welsh. And the later Medieval version of this name? Camelot.

2. The site of Arthur's vision of the Virgin Mary 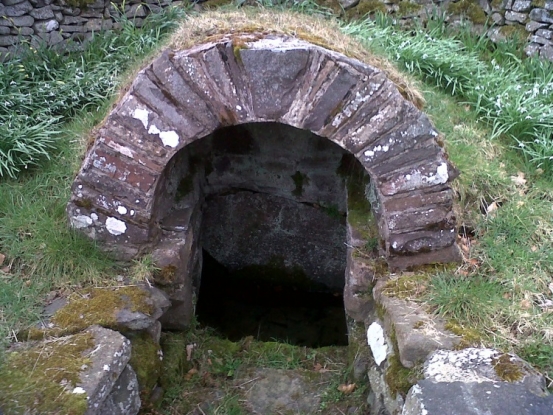 Did King Arthur meet the Virgin Mary at this well?St. Mary's Well in Stow, Nick Hobley

The Scottish Borders has various ancient wells and sacred springs with strange stories attached to them. And Our Lady's Well — based in the Valley of the Gala Water near to Stow village — seems to have a special link with King Arthur.

In the early 6th century the well was a shrine to the Virgin Mary, with many pilgrims travelling there to pray to her ('Stow' actually means 'holy place'). And it is rumoured that on the eve of a battle with the Saxons, King Arthur himself paid a visit and had a vision of the Virgin. She told him that if he placed an image of her on his shield, then he would be victorious.

Arthur obeyed and went on to win the battle. Afterwards, to give thanks to Mary, he founded a chapel near the shrine and supposedly placed a fragment of the Holy Cross inside of it. And for centuries afterwards, locals would show visitors a foot-shaped imprint on a large boulder outside of the well, claiming that this was where Mary had stood when she spoke to Arthur.

The boulder actually remained at Our Lady's Well until the 1800s, before finally going missing. Some claimed it was broken up and used as foundation stones for a road that was built nearby, which seems like a sad ending for a fascinating relic. Perhaps even sadder still, the remains of Arthur's Well Chapel were bulldozed in 1963.

2. The church where Merlin was baptised by St. Mungo 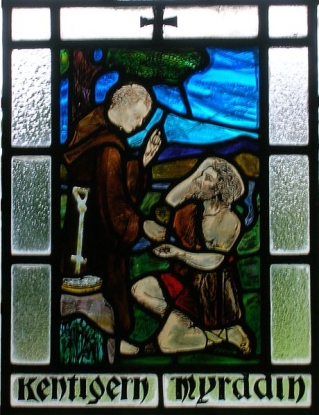 The wizard Merlin plays a prominent role in Arthurian legend, offering wise mentorship and advice to the young king. But many believe that Merlin was an actual historical figure known as Myrddin Wyllt, a Welsh bard, mystic and wild man who lived in the woodlands of the Scottish Borders. And in fact, he features in various old stories of the region.

For instance it is rumoured that Merlin, a druid, was hostile to St. Mungo, who was one of the key early Christian figures in Scotland. However, their relationship changed dramatically in August 584, when Merlin encountered Mungo at the site of the original Stobo Kirk. It is said that Merlin, perhaps troubled, told the saint that he'd had a vision of his own death and converted to Christianity then and there, even being baptised.

The story goes that later that day, the 'wizard' was chased off a cliff by a group of shepherds and fell to his death. Afterwards, he was laid to rest beside a thorn tree overlooking Powsail Burn in the village of Drumelzier. And the memory of this strange Welsh wild man was preserved for centuries, for instance, on a stained glass window in the current Stobio Kirk, which shows Merlin's baptism. What's more, there is also a hamlet near to Drumelzier called Merlindale.

In fact, this tale of Merlin's death actually has a very odd afterword. Because a later 13th century prophecy by another legendary figure, Thomas the Rhymer, promised that:

'When Tweed and Powsail meet at Merlin's grave,
Scotland and England shall one monarch have.'

And nearly 1000 years after Merlin was buried, on the exact day that James VI was crowned King of Scotland and England, the River Tweed burst its banks and met the Powsail Burn at the point of his grave. Yet it has never done so before or since. 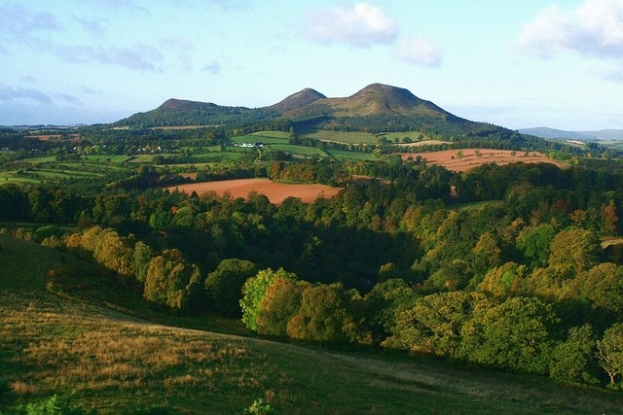 Is King Arthur buried deep in the Eildon Hills?Scott's View of the Eildons, Tom Chisholm

More than one site in Britain is thought to be the grave of Arthur, including Glastonbury, Shropshire and the Isle of Iona (also claimed to be the fabled Avalon of Arthurian legend).

Yet many people don't realise that the Scottish Borders is also a contender for the king's final resting place. Here is where Thomas the Rhymer shows up in the story again, as the prophet claimed that the king was buried beside his knights inside the Eildons, a set of three-peaked, supposedly hollow hills near Melrose. Yet the question is, how did he know this?

It is said that Thomas, a nobleman of the region, once went missing for seven years before returning with the gifts of poetry and prophecy. When asked where he had been for so long, he claimed to have been living in Elfland, which was located deep in the Eildons. It was there that he saw the king's tomb and also claimed that one day, Arthur would return to rule the land again.

Whatever the true identity of 'Arthur Pendragon', it seems clear that he had a strong association with the Scottish Borders. And it is certainly a nice idea that once, long ago, the legendary king rode across the region, returning victorious from battle to his beloved castle at Camelot.

Why not visit these legendary Arthurian sites for yourself on a Scottish Borders holiday? And after a day of exploring, you can unwind in a 5-star Airhouses holiday lodge.