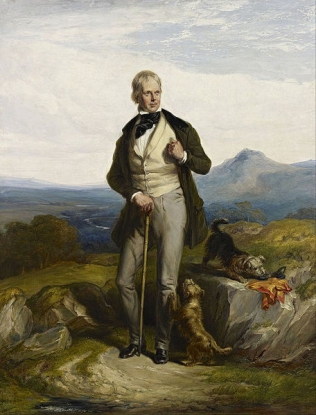 In the 19th century, Sir Walter Scott's rip-roaring stories and poems put Scotland on the map as a tourist destination. And while his writings spanned the whole country, his heart was always in his adopted home of the Scottish Borders. In fact, the Borders feature in three of his novels, The Monastery, The Black Dwarf and Saint's Ronan's Well.

But what a lot of people don't realise is that Scott himself lived a pretty vivid life. So here are five amazing facts about one of Scotland's greatest storytellers...

1. He had two fateful illnesses
Scott contracted polio as a child and temporarily lost the use of his right leg. When he was sent to his grandfather's farm in Sandyknowe to recuperate, his passionate love affair with the Scottish Borders began.

A second bout of bad health a few years later saw him convalescing in Kelso, where he learned even more about the old songs and folklore of the region. If it hadn't been for those fateful illnesses, Scott wouldn't have been inspired to celebrate the Borders in his work and it wouldn't have become such a popular visitor spot.

2. He once met Robert Burns
In 1786, when Scott was just 15, he bumped into Scotland's celebrated poet at a party thrown by philosopher Adam Ferguson (imagine being a fly on the wall at that soiree). The two didn't speak much, but Scott later remembered being struck by the poet's dignity and the emotion that glowed in his eyes. Burns in turn appears to have been impressed by the young Scott's knowledge of poetry. 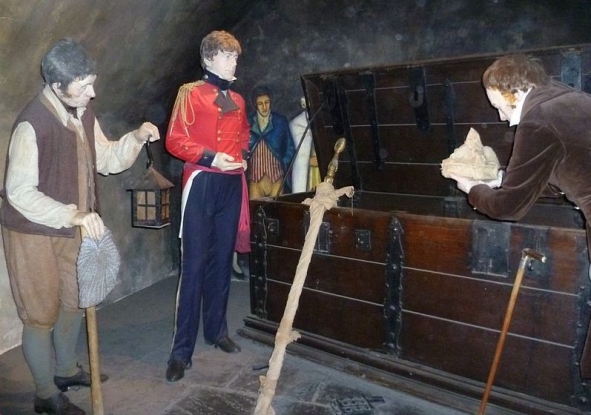 3. He rediscovered Scotland's crown jewels
For 111 years, Scotland's precious state jewels (the Honours of Scoltand) were lost. But because of his detailed study of Scottish history, Scott had an inkling that they might be hidden away in the walled up Crown Room of Edinburgh Castle.

When he asked the Prince Regent (the future King George IV) to search it, the prince agreed because he liked Scott's writings. In 1818, they broke down the wall and found the crown, sceptre and sword of state locked away in an old oak chest. As a reward, Scott was honoured with a Baronet.

4. He invented the word 'glamour'
Believe it or not, it was Sir Walter Scott who conjured up this fashion magazine term. It had a bit of a different meaning than it does now though — he actually took it from the old Scottish word 'gramarye', which means a spell that enchants the eye. It appears in his 1805 poem, 'The Lay of the Last Minstrel'. 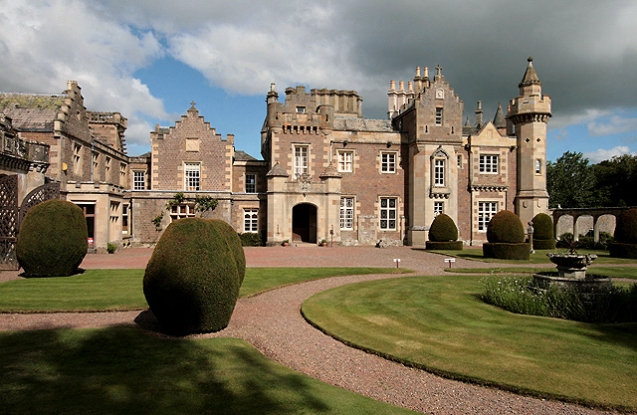 Five years later, his novel Ivanhoe helped to create our contemporary concept of Robin Hood, making the outlaw a nobleman called Robin of Locksley. This idea later inspired the 1991 movie, Robin Hood: Prince of Thieves, proving that Scott's imagination is timeless. Eventually, he used the financial rewards from his writings to build his breathtaking house, Abbotsford, on the banks of the Tweed.

Sir Walter Scott created many colourful characters and tales. But if these five facts prove anything, it's that he was a fascinating individual in his own right as well.

Why not explore the Borders scenery that inspired Scott's novels during a stay in an Airhouses lodge in Oxton?