Fabulous Follies and Quirky Attractions of the Scottish Borders 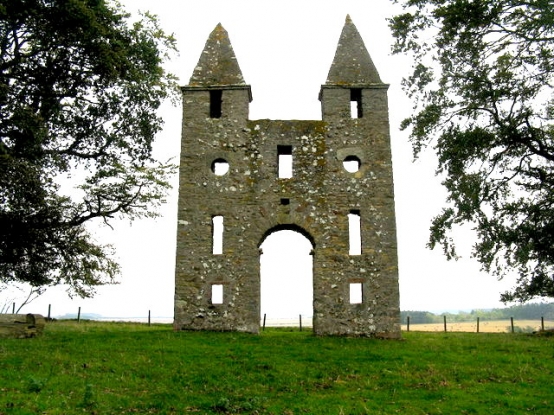 The famous archway to nowhere...M.J.Richardson

The Scottish Borders has quite a few unusual attractions and off-the-radar visitor spots that are well worth exploring. From joyful follies to architectural oddities, here are four curiosities that you should head to on a Borders getaway...

But not so — in fact, Tea Cottage (or 'Old' Cottage') at Mellerstain was built in the early 1800s by the wealthy owners of the estate. Typical of a 'folly' (an overly ornamental building), it was deliberately designed to look old, picturesque and quaint. The cottage was first used as the home of an estate worker, then in later years as a restful spot for the family in the main house to enjoy tea and pancakes overlooking the lake. 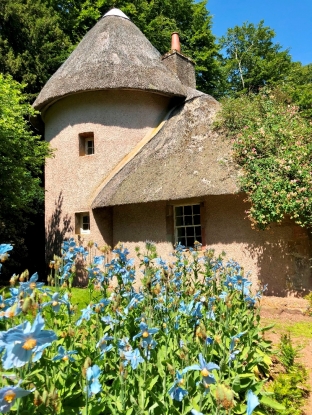 Actually, it was once all the rage for wealthy British families to build picturesque hideaways on their land. These 'cottage ornées' served as little refuges where they could read, rest and dream in a more innocent, olde worlde setting.

Like to experience Tea Cottage for yourself? You can bring a picnic to enjoy in the lovely garden with its poppies and foxgloves (please check current opening times). 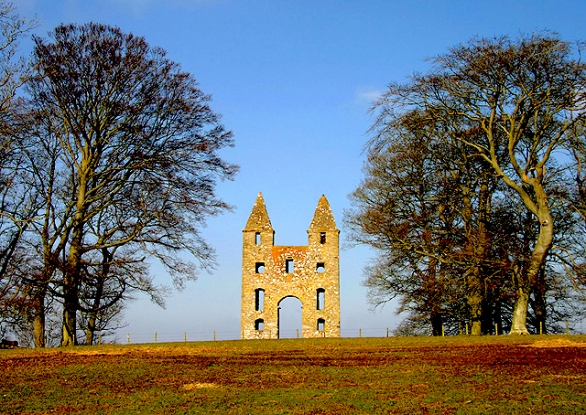 Also part of the Mellerstain Estate, Hundy Mundy is a true oddity that overlooks the natural burial site and woodlands of the same name. It was created in the 18th century by Scottish architect William Adam as a landscape 'eye-catcher' (Adam was also the designer of Mellerstain House itself).

A mock Gothic archway to, well, nowhere, Hundy Mundy serves no other purpose than to look intriguing. It was made from stone taken from an old tower house and no one is even sure where its eccentric name came from. However, one explanation is that a Pictish princess called Hunimundias once lived in the old tower house. As locals couldn't pronounce her name, she became 'Hundy Mundy' instead.

As well as Hundy Mundy itself, this spot is well worth visiting for the lovely views of the Cheviot Hills. 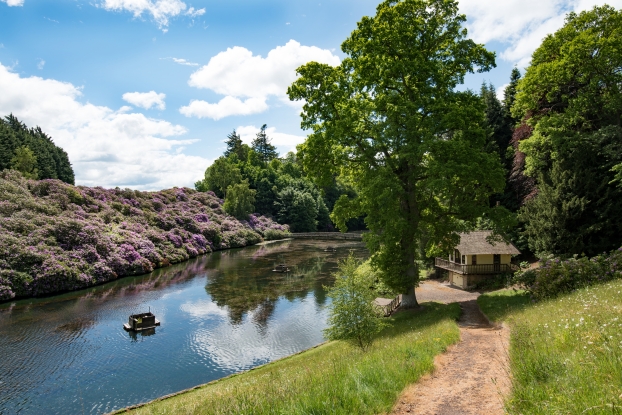 A Scottish lakeside boat house that looks like a quaint Swiss mountain chalet? Well, why not?

As you've probably figured out by now, the Scottish gentry once loved dotting their estates with properties that seemed to have been conjured up from others places and eras. Sir James Miller, owner of the Manderston House estate near Duns, was no exception. Built in 1894, his Boat House folly is now a Grade A listed building described as 'pure gingerbread fantasy executed with the finest craftsmanship'.

This lovely 'Alpine' oddity was designed by architect John Kinross as a commission from Sir James to celebrate his engagement to Eveline Curzon (and also to impress Eveline's esteemed father). Features are typical of an idealised mountain abode, with overhanging eaves, exposed rafters and carved friezes. It is so full of chocolate box charm that if you didn't know you were in Scotland, you would expect to hear tinkling goat bells and the distant sound of yodelling. 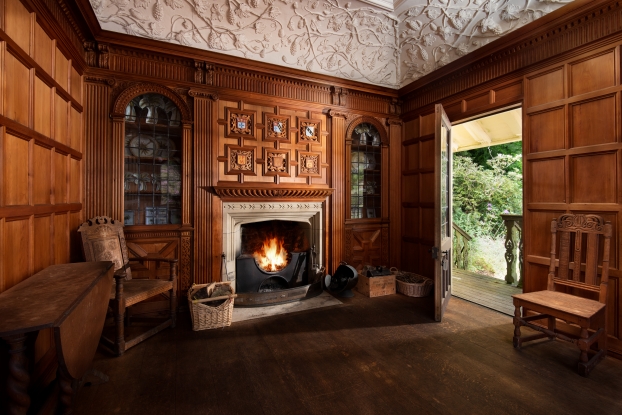 Yet, typical of follies, the inside doesn't at all match the outside. Instead, you will find a Tudor arched stone chimneypiece, ornate pillars, and a plasterwork ceiling decorated with birds and vines. Well, if you're going to build a fantasy chalet, you might as well decorate it however you please...

Temple of the Muses 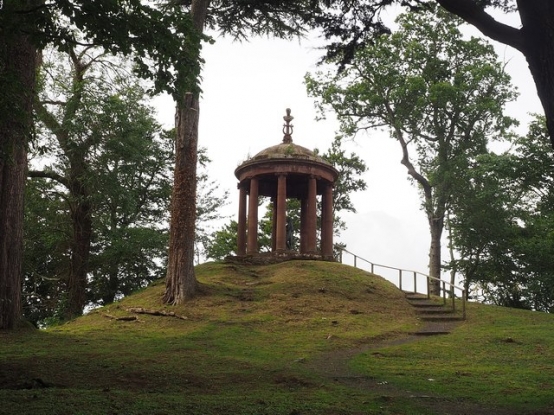 Perched on Bass Hill in the village of Dryburgh, The Temple of the Muses can be reached by crossing the River Tweed via the Dryburgh Suspension Bridge. Beyond this you will find a little gate then stone steps leading up to a graceful faux Greek 'temple' shrouded in woodlands.

Built in 1817 by order of the Earl of Buchan, this neo-classical pavilion commemorates the poet James Thomson (who wrote the lyrics to 'Rule Britannia' and the 'Four Seasons' poem series). The temple features nine columns and the domed roof has a bust of Thomson on top.

Originally, it also boasted a stone statue of the Greek God Apollo and the nine Muses, but those mysteriously vanished. Nowadays, they have been replaced with a striking contemporary bronze sculpture of the Four Seasons created by Borders artist, Siobhan O'Hehir. The temple is very peaceful and you can spend time enjoying the view and listening to the trickle of the river below (and who knows, maybe your muse will even visit you too...).

Planning a holiday to the Scottish Borders? Enjoy sightseeing by day and luxury by night at our five-star Airhouses holiday lodges near Oxton.