Explore the Scottish Borders on these Stunning Winter Walks 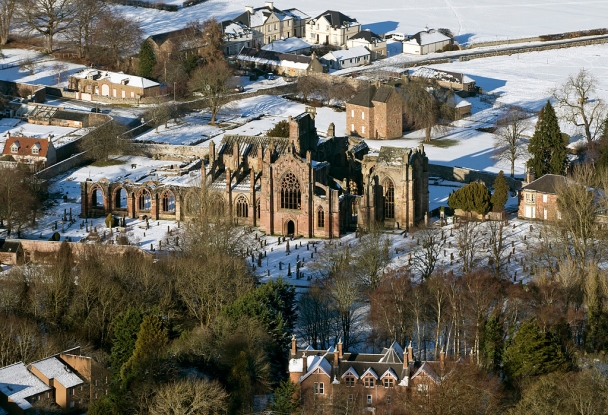 Planning a winter break? If you haven't experienced the Scottish Borders in all its frosty glory then you're really missing out. That's because a ramble across this stunning region offers endless rewards, from icicle-strung fir trees to roe deer in the snow to cosy country pubs.

So if you are looking for pretty winter scenery galore, then here are few unmissable spots...

Marvel at Melrose Abbey in the snow
Gaze down at this 12th century abbey from the vantage point of the Eildon Hills and you will be treated to a scene worthy of an old-fashioned advent calendar.

Now a partial ruin, this Gothic former monastery has an incredible history that blurs into myth and folklore. For instance, it is said to be the burial place of Robert the Bruce's heart and also of a legendary wizard called Michael Scot. If that wasn't enough, it is also rumoured to be close to a hidden doorway to Fairyland. Nowadays, it is probably Scotland's most famous ruin, with a haunting beauty and majesty that is unmissable in winter.

After you've enjoyed the view of the abbey from the hills, you can head down into Melrose itself for sightseeing. Don't forget to head for a hot chocolate at the lovely Apples for Jam tearoom, or a hearty meal at the award-winning Burts Hotel Bistro Bar. 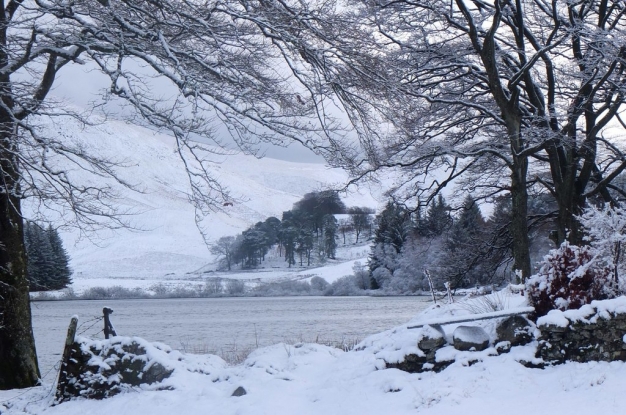 With its rich ecosystem and thousands of visiting gulls each winter, Portmore Loch and reservoir is a first class wildlife spot to visit in the chillier months. This small loch actually dates back to the Ice Age and is set within 100 acres of grounds on a remote part of the Portmore House Estate in Peebles.

it is also is considered to be one of Scotland's best pike fisheries and is bursting with rainbow trout. You will also find a little jetty with a bench where you can gaze out over the water (be sure to wrap up warm).

Hike to the top of The Three Brethern 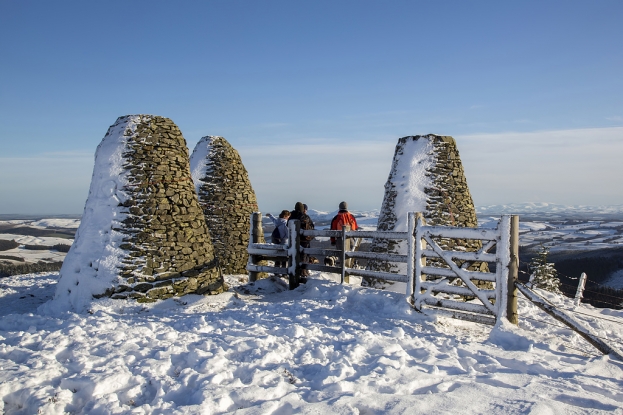 The Three Brethern in the snowWalter Baxter

Based near Selkirk and topped with three atmospheric cairns, The Three Brethern is one of the most iconic hills in the Borders.

The cairns date back to the 1500s and mark the spot where three estates meet — Buccleuch, Yair and Selkirk Burgh. One of the nicest routes to the hill is via the fir-lined Corbie Linn track, which feels a little like being in a Christmas picture book (the Corbie Linn itself is a beautiful waterfall that you will catch a glimpse of on your walk). Once you reach the cairns, you will be treated to dramatic countryside panoramas and the Eildon Hills in the distance.

Gasp at the view from Venlaw Hill 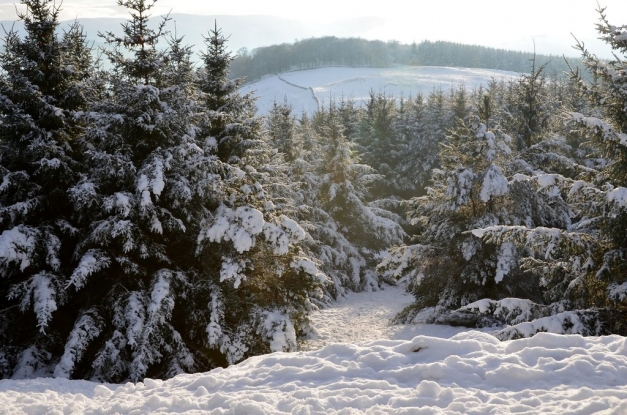 Based north of Peebles, Venlaw hill has a remote, peaceful feel and is located in a mixed woodland with festive evergreens.

The five-mile Venlaw Circular and Soonhope Burn route features a river and views of quaint wooden holiday huts. The climb to the top is short and steep, but well worth the effort as you will be rewarded with scenes of the Hundleshope Heights, the snow-capped roofs of Peebles and the sparkling Tweed Valley. Magic.

Planning a winter or Christmas getaway to the Scottish Borders? Then cosy up in luxury at one of our five-star Airhouses lodges.