Which Castles and Grand Houses Are Open in the Borders This Winter? 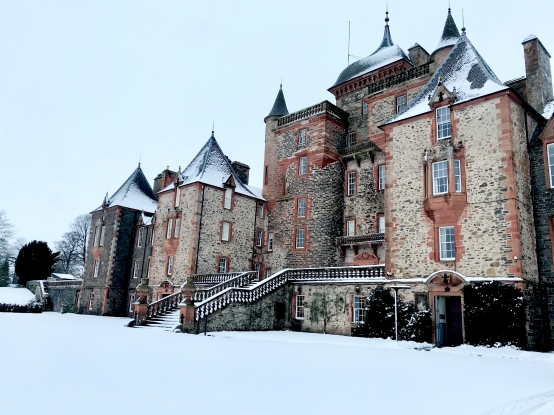 When the summer throngs are gone and the landscape is covered in sparkling frost, you can experience a much more serene, ethereal side to the Scottish Borders.

But which visitors spots are open this winter? Here are three castles and grand houses that you can head to in December and January...

Festive season experiences at Thirlestane Castle, Lauder
Thirlestane Castle has an amazing history. The combined vision of various architects, this sweeping Scottish Baronial landmark took 250 years to complete. Set within meadows that look stunning coated in frost, its fairytale turrets make it closer to a palace than a castle.

One of the castle's most famous overnight guests was Bonnie Prince Charlie, who paid a visit in 1745 during the campaign to reclaim his crown (and nowadays you can visit The Bonnie Prince Charlie Room on tours). Over the centuries Thirlestane has also been a grand Victorian party spot, WWI hospital and girl's school.

See it for yourself this winter, when you can enjoy a choice of special festive season experiences at the castle. This includes a private tour for two with a sumptuous afternoon tea in the State Drawing Room. So why not play at being a Scottish aristocrat for a day? 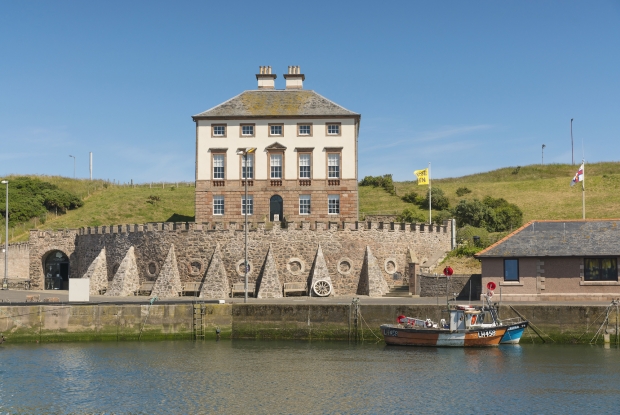 Take the family to a smuggler's palace this ChristmasVisit Scotland

Once upon a time, the Berwickshire coast was a hub of pirates, smugglers and sea-faring scoundrels. And behind its genteel facade, Gunsgreen House in Eyemouth was a centre of this nefarious activity.

Perched on the town's quay, this 'smuggler's palace' makes for an exciting day out for all ages. Built in 1753 by architect John Adam for a roguish local merchant named John Nisbet, its elegant decor conceals secret hiding places for contraband goods.

Attractions include the museum in the cellar, smuggler's 'tea chute', and various codebreaking challenges, puzzles and trails. Best of all, Gunsgreen has now extended its opening hours into winter and is running self-guided tours for the whole family (make sure to check details with the house directly). 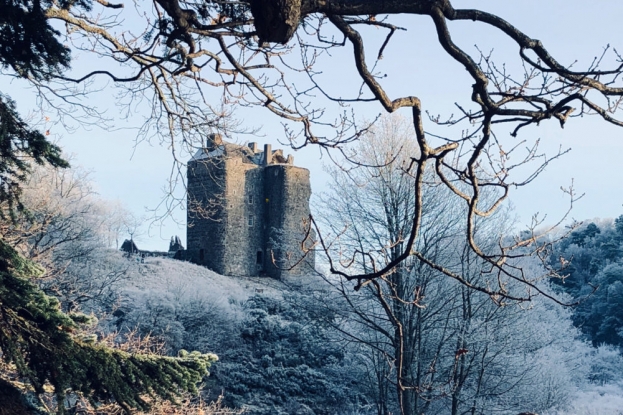 Overlooking the River Tweed, there are few more enchanting sights in the Scottish Borders than Neidpath Castle appearing from among snowy trees.

Yet this atmospheric Scottish castle has more to offer than just picturesque scenery, as it has an incredible heritage too. With roots stretching back 800 years, it is supposedly haunted by a tragic ghost, The Maid of Neidpath, who featured in a poem by Sir Walter Scott.

Over the generations, the castle has hosted everyone from Mary Queen of Scots to William Wordsworth. Nowadays, it is owned by the Wemyss family and remarkably, has changed very little over the centuries. Frozen in time, it still boasts the same sturdy stone walls, secret staircases and romantic battlement views of old.

Visitors can book private tours this winter, giving you a chance to see the Great Hall with its panelled walls and fabulous artworks. Afterwards, why not pop into nearby Peebles for a spot of Christmas shopping?

Visit these fantastic castles and historic houses while on a winter break to a five-star Airhouses holiday lodge.