Buckets and Spades at the Ready!

Great Beaches to Visit from Airhouses 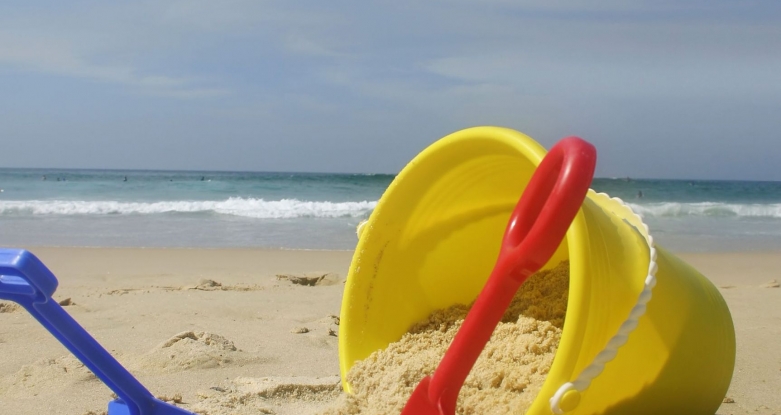 There are a number of beaches, well worth a visit, along the East Coast south of Edinburgh toward the Scottish Border and even one or two, just over the Borders into England. They are all within a one hour drive from Airhouses and some are just 40 minutes away.

The Scottish Borders may not have as many beaches but they are equally well worth a visit. Just over the border from East Lothian into the Scottish Borders is Gutcher's Hole, Pease Bay and then further down the coast there is St. Abbs, Coldingham Bay and Eymouth. 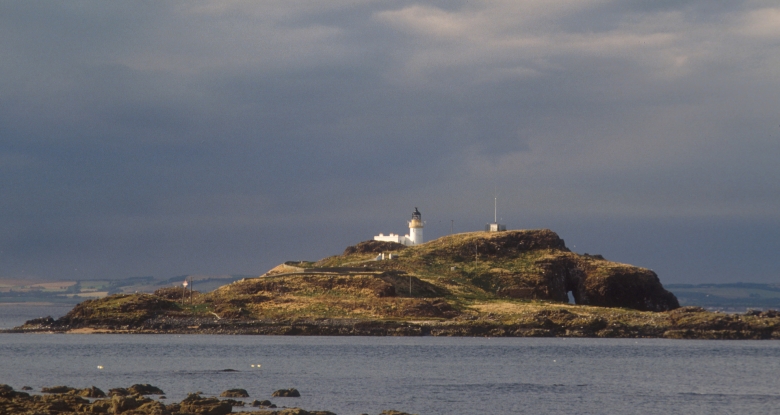 One of the nearest beaches to Airhouses is Yellowcraigs in East Lothian. This is a sandy beach popular with families. There is a nature trail and a network of footpaths. From Yellowcraigs, there are spectacular views of the 1885 lighthouse on Fidra Island which was the inspiration for Robert Louis Stevenson's famous tale"Treasure Island". There is a network of footpaths which go through sheltered woodlands and extensive grassland. There is a dog walk away from the beach.

Dirleton, which is nearby, has some good pubs and restaurants and it also boasts a Castle with great gardens. The Castle holds the record for the longest herbaceous flower bed in the World! 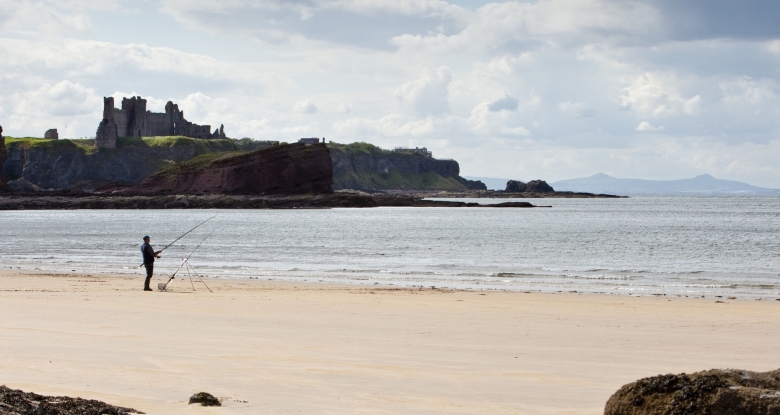 Seacliff Beach is entered through a private road off the A198 at Audlhame. There is a small harbour on the north side of the beach which is said to be the smallest in the Uk. There are great views of Tantallon Castle and the sandy beach is beautiful and popular for watersports. There are excellent rock pools at either end of the beach. 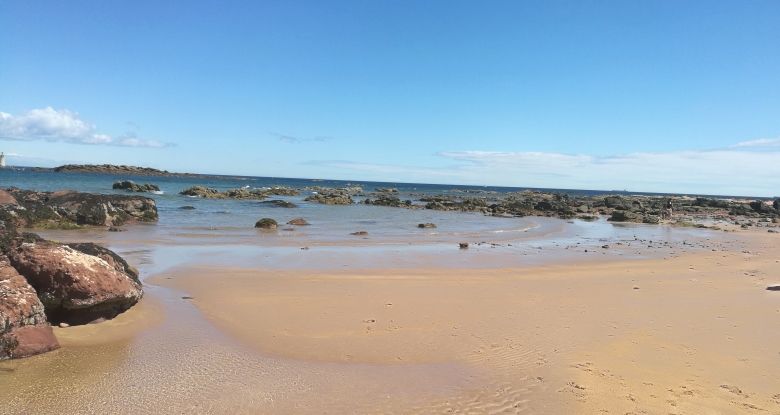 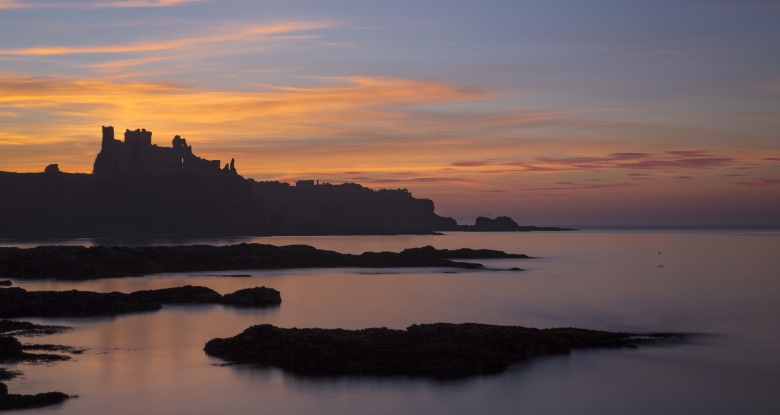 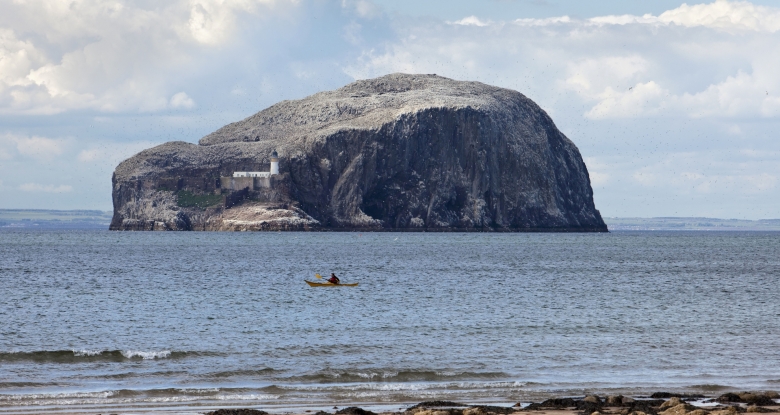 Hidden away behind the rocky outcrop at Torness Point, there is a lovely sandy beach for about 400 metres. It has amazing sand dunes along the length of it. 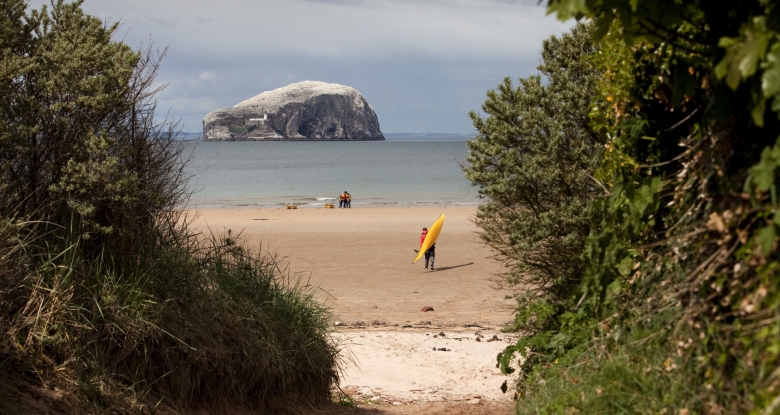 This is a long sandy and rocky beach which is easily accessible from the road and the car park. It is also close to the nature reserves so you can see lots of birds feeding when the tide is out. This beach is very popular with canoeists and wind surfers. 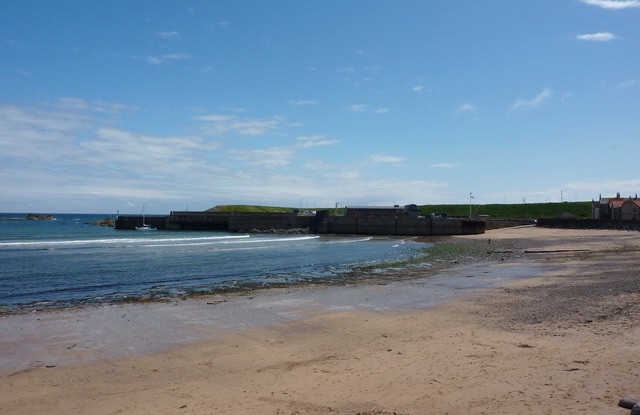 Eyemouth - Out of East Lothian now and into the Scottish Borders. This is a north facing sandy beach, fairly exposed but is ideal for catching crabs and starfishes. There is a coastal path running from the fishing village of St. Abbs along the cliff tops and beaches reaching Eyemouth.

Eyemouth itself is well worth a visit with interesting shops, some good restaurants and great ice cream! 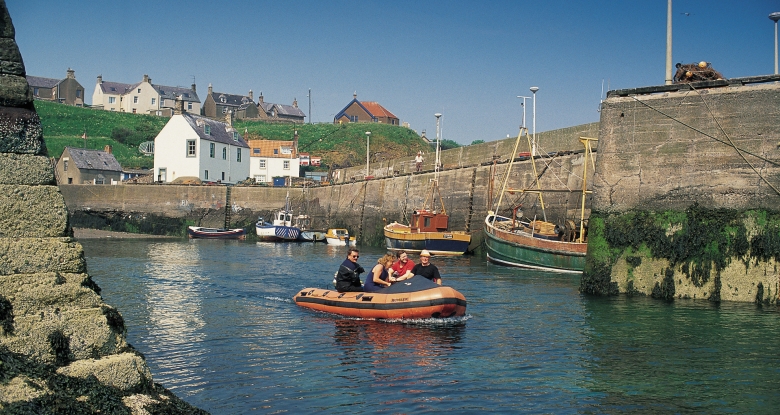 Coldingham Beach is at the mouth of the Buskin Burn on the coast of the Scottish Borders. It stretches for a kilometre within Coldingham Bay and there is a rocky shore at either end of the beach. As it is situated within the Eyemouth Voluntary Marine Reserve, hermit crabs can be seen in the rocky pools and coastal grassland on the beach has flowers such as Restharrow plus many butterflies, including the Small Copper. This is a lovely beach. 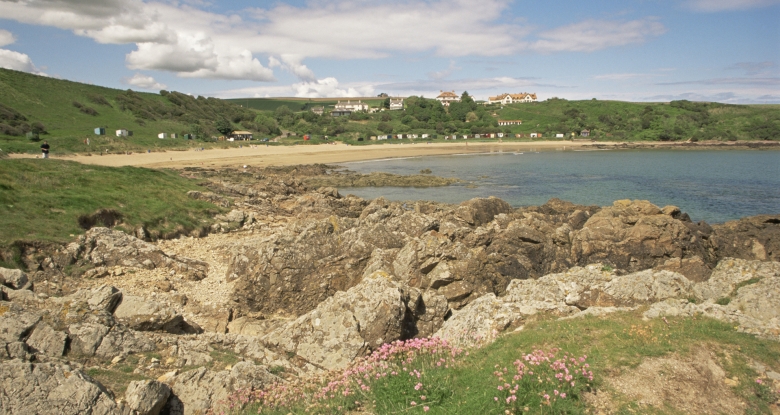 Pease Bay is another beautiful sandy beach. It is flanked by sandstone cliffs and rocky outcrops. It is very popular with surfers as it is quite exposed. There are a lot of walks around the area and Pease Dean Wildlife Reserve, which is close to the beach, has footpaths leading through ancient woodland with plenty of wildflowers, bats and roe deer. The village of Cockburnspath is a short distance from the beach and the nearest town is Duns, with Dunbar just further up the coast. 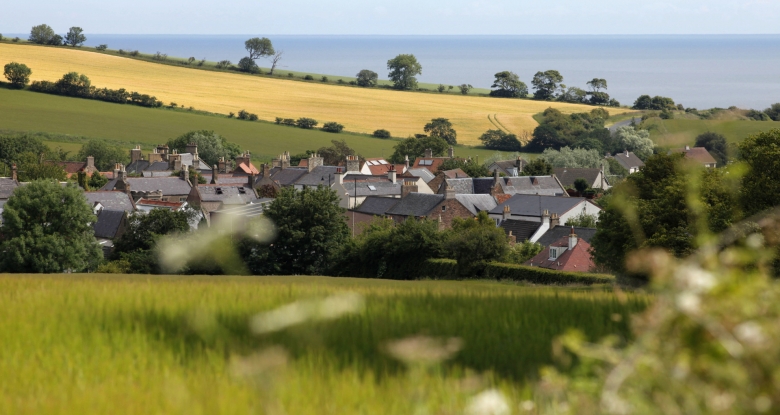