Anyone for G&T? Your Guide to Six of the Best Scottish Borders Gins 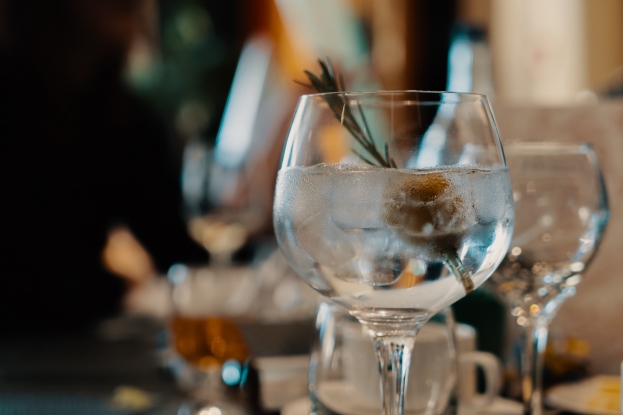 Scotland has been enjoying a massive gin boom in recent years, with a wave of small batch craft creations making a splash across the globe.

In part this is due to Scotland's whisky heritage, which means that we happen to know thing or two about distilling. But it's also because gin is a drink that can be endlessly customised — in other words, it is a blank canvas for that famous Scottish creativity and imagination.

And from secret botanical blends to playful flavours, it seems that every region in Scotland has its own speciality gins. The beautiful Borders is no exception, boasting a number of craft brands that are well worth trying.

With this in mind, here is a wee guide to six brilliant gins made in the Scottish Borders...

1. The Elephant Gin, Kelso
Launched nearly 200 years ago, The Kelso Gin Company was actually the very first distillery of its kind in the Borders. Based in Jedburgh, it crafts a range of three smooth and creamy gins made from the finest quality organic pure grain barley.

Inspired by an old Borders folktale that an elephant is buried under Kelso Square, The Elephant Gin blends spices sourced from the Orient with local ingredients. The result? A strong, beautifully complex taste.

How to serve it: The Elephant Gin tastes delicious with ginger ale or tonic and a nub of fresh ginger. Garnish with orange slivers or a slice of lime. 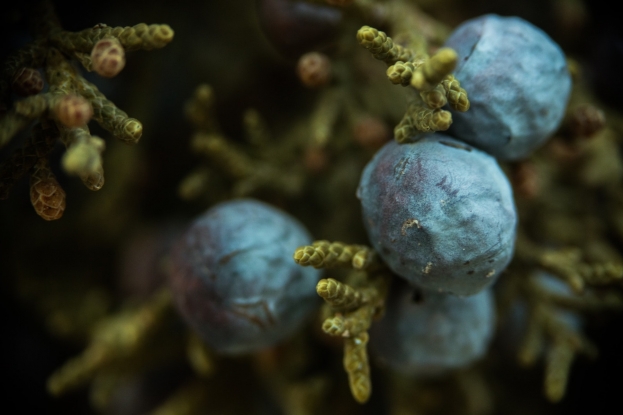 Juniper is what gives gin its piney flavourPatrick Hendry

Created by Bloodline Spirits in the heart of the Borders, the award-winning Rule Gin takes its name from a river that runs through the Borders. This classic dry gin features eight lovingly blended botanicals, including Peebles cloudberries, Vietnamese pomelo fruit and sweet orange peel. The result is a smooth and fresh tipple with delicate citrus notes and a heady kick of juniper.

Bloodline Spirits was actually co-founded by the great-great-great-granddaughter of 19th century whisky legend, John Usher. And as a nod to her heritage, the distillery's custom-made copper still is named after her great grandmother, Christa Usher.

How to serve it: Add ice and premium tonic, then garnish with orange peel.

3. Bannock Gin, Selkirk
A cake flavoured gin? Well, it was only a matter of time before someone invented it...

A twist on the traditional Scottish flatbread, the Selkirk bannock is a teatime snack crammed with dried fruit, sugar and spices. It was invented in the Scottish Borders the 1850s and become popular after Sir Walter Scott's granddaughter served it to Queen Victoria at Abbotsford.

And in 2017, the team behind Selkirk Distillers had the bright idea of bottling the flavours of this tasty treat. The result was Bannock Gin, which is made by allowing a Selkirk Bannock to macerate in the spirit for a month, infusing it with rich, buttery flavours.

How to serve it: Bannock Gin makes a lovely after dinner sipper. Alternatively, add ginger ale, ice and a squeeze of lime for a refreshing mixer. 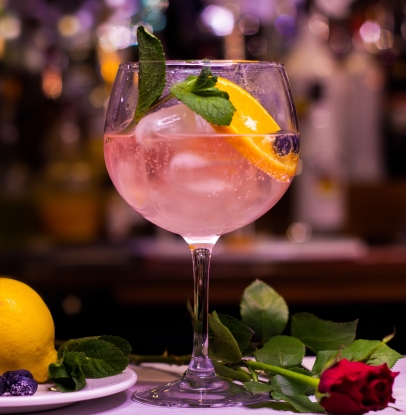 Life looks rosier with a glass of pink ginRuyan Ayten

1881 Distillery & Gin School has the distinction of being a 'spring to spirit' operation. In other words, the team use the fresh waters of their own private spring, Shieldgreen, to craft four premium gins in a gleaming copper still (nicknamed Felicity, just so you know).

Their award-winning 1881 Gin comes in a variety of flavours, one of those being the beautifully blush 1881 Pavilion Pink Hydro Gin. Infused with Borders berries and hibiscus flower (as well as cardamom and grains of paradise), this is perfect for sipping in the garden on a sunny day.

How to serve it: This gin tastes terrific with fresh raspberries, mint springs and your favourite quality tonic (elderflower is particularly nice). 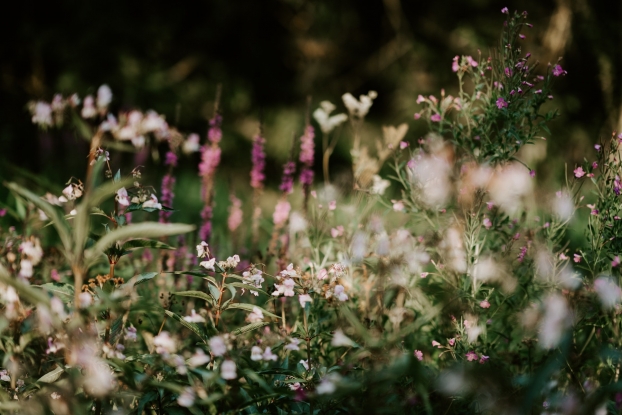 Lilliard is a small batch gin distilled by specialist food outlet Born in the Borders and features foraged wildflowers from the surrounding valley. Named after LIlliard, a legendary 16th century warrior woman from the region, this floral gin is produced in a tiny copper still.

Lilliard features local rowan, rosehip, meadowsweet and elderflower, with each flower representing a season of the year. The result is an elegant floral gin with an earthy finish.

How to serve it: Enjoy it with a light premium tonic and garnish of orange.

6. William Kerr's Borders Gin, Hawick
Launched in 2018, The Borders Distillery was actually the first whisky producer in the region since 1837. And while the team were waiting for the first batch of whisky to be ready (these things take time), they also got busy creating their own own botanical gin, William Kerr's.

Named after an accomplished 19th century 'plant hunter' from Hawick, this gin is created in a Carterhead Still, one of only a handful in operation. Unlike regular gin stills, the Carterhead gently steams the botanicals rather than boiling them. This captures the subtle aromas and complex flavours of juniper berries, herbs, roots, flowers, and spices, resulting in greater depth and taste.

How to serve it: Sip it over ice with quality tonic and a slice of orange.

We hope you've enjoyed our wee guide to Scottish Borders gins. Your only dilemma now will be deciding which one to try first...

Thinking of touring the gin distilleries of the Scottish Borders? Why not stay in a deluxe Airhouses holiday lodge while you're here?

You might also like:
Say Cheers to the Borders with these Fantastic Local Drinks.
Refreshing Scottish Cocktails to Enjoy this Summer.
Which Wines Should You Pair with Scottish Cheeses?