Five Captivating Castles to Visit in the Scottish Borders 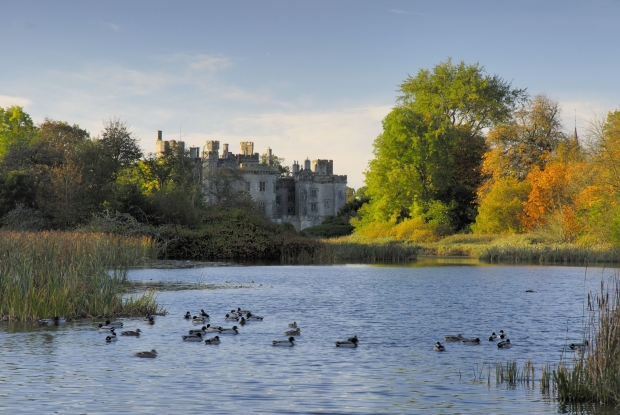 From rugged ruins to fairytale palaces, the Scottish Borders is home to every kind of castle. And behind these stony façades you will find legends of wicked magicians, ghostly apparitions and passionate royal love affairs.

But if you're wondering which ones to visit first, then here are five of the best castles in the Borders...

1. Duns Castle, Duns
Originally built in 1320 by the 1st Earl of Moray, traces of the original Duns Castle still exist within the impressive property now standing in its place. This second Duns Castle was built in the 15th or 16th century, then later remodelled with dramatic gothic flourishes in the early 1800s (as was the fashion at the time).

The castle has 1200 acres of deer-filled fields, woods and hills to explore, including two manmade lakes — Hen Poo and Mill Dam — and a nature reserve run by the Scottish Wildlife Trust. The property itself isn't open for tours, but you can explore various walks around its stunning grounds. 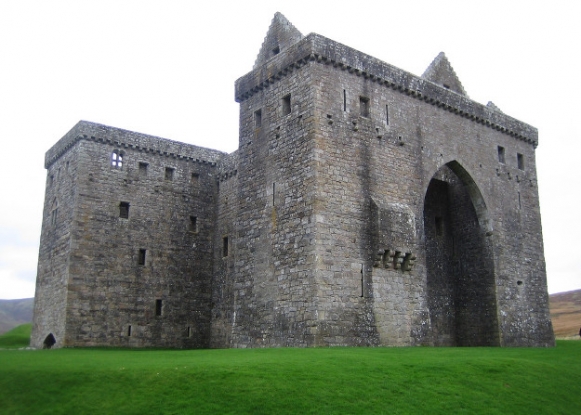 An isolated partial ruin in the valley of Liddesdale, Hermitage Castle has been an imposing local sight for nearly 800 years.

The castle was built in the mid 13th century on the banks of the Hermitage Water. It went on to experience a tumultuous history, as its position on the Anglo-Scottish border meant that it was the site of various power battles. In fact, it was even known as 'the guardhouse of the bloodiest valley in Britain'.

Even more chillingly, it is said to be haunted by a wicked 'Redcap', a strange folklorish creature of the Borders region who is often associated with the aristocracy. This Redcap was said to be the familiar spirit of William De Soulis, the castle's original owner — and rumoured black magician — who was known for being an evil laird (there are even rumours that Soulis met a grisly end at Ninestane Rig).

This eerie fortress is also supposedly haunted by a very grand ghost indeed — no less than Mary Queen of Scots herself. Then story goes that in 1566, she made a marathon journey to the castle on horseback from Jedburgh to see her lover, James Hepburn. Also known as the 4th Earl of Bothwell, he had been wounded after an encounter with a fearsome band of outlaws known as the Reivers. On the journey back the queen fell from her horse into a ditch and ended up injured herself, but thankfully, she survived.

These days the castle is a much more peaceful place to visit and is surrounded lovely wildflowers as well as nesting ospreys. It is open for visitors from April to October each year. 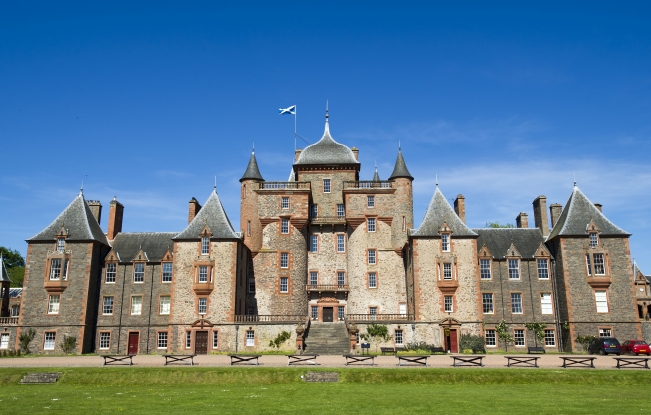 Although it was originally built in the 16th century, Thirlestane Castle actually took 250 years to complete. Over the years it evolved from being a rugged, Baronial-style Scottish fort to a palatial Victorian party spot with storybook turrets.

The impressive castle is set on raised grounds overlooking a meadow and extensive parklands near the town of Lauder. In the 18th century, it even hosted Bonnie Prince Charlie when he was journeying to reclaim his crown (the room where he slept is still named after him to this day). Over the years it was also a WWI hospital and school for girls.

Visitors can tour Thirlestane from May to September and see the fine furniture, artworks and vintage toys on display, as well as the formal gardens and picnic area. There is also a Borders museum, tearoom and shop. 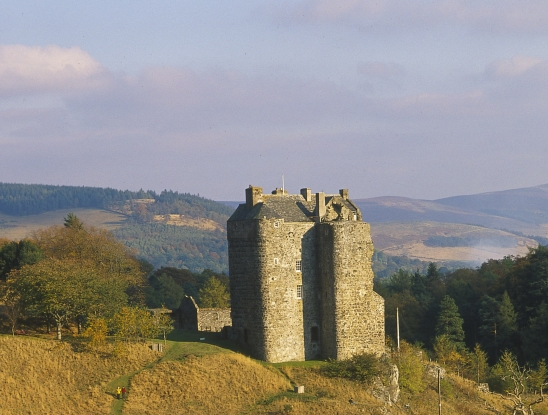 Perched in a valley overlooking the Tweed and with a history stretching back 800 years, Neidpath Castle certainly isn't lacking in atmosphere. And like Hermitage Castle, Neidpath also once hosted Mary Queen of Scots — in fact, there is still an elegant chamber named after her.

This romantic medieval stronghold has been home to generations of Scottish aristocracy and even had the honour of being immortalised in a poem by Sir Walter Scott. The famous Scottish author once stayed in the castle as a guest, where he was told the story of a tragic ghost who supposedly haunted it. Known as The Maid of Neidpath, it was said that this 18th century laird's daughter died of a broken heart after her long lost lover — who she had been parted from for years — rode past her on the road to the castle without recognising her.

Nowadays, Neidpath has a new life as a wedding venue and film location. It is also open for visitors by appointment all year around, giving you a chance to see the ancestral emblems, remains of the walled garden and, of course, the breathtaking views. 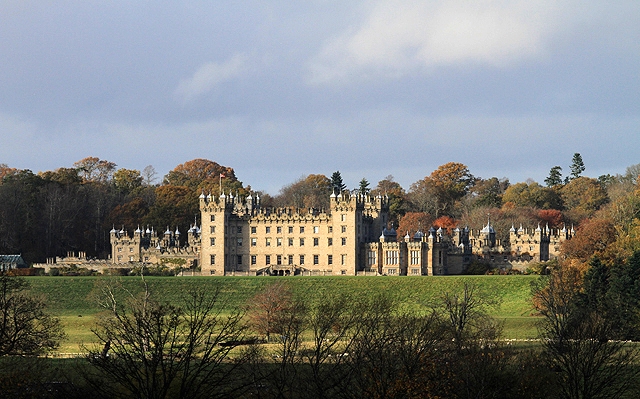 Despite its name, Floors isn't a traditional Scottish castle — instead, it is a palatial estate house built in 1721 for the Duke of Roxburgh. In fact, it is the largest inhabited castle in Scotland and its still owned by the original duke's descendants. This graceful mansion sits on the banks of the Tweed and is surrounded by spectacular parklands, with the Cheviot Hills as a backdrop. The name 'Floors' is thought to either be from the French word for flowers ('fleurs') or a reference to the terraces that it was built on.

Although originally designed by William Adam, in 1837 the castle was remodelled by William Henry Playfair. Its soaring domes, spires and turrets have a dreamy grandeur, while inside are furnishings from the French royal family and an impressive art collection, including a work by Matisse. The grounds themselves feature glasshouses, a Victorian walled garden and woodland walks.

Floors Castle is open to visitors all year around and also has both a Terrace and Courtyard café. The Apple Shed gift store and deli sells castle-made food.

Planning a visit to the Scottish Borders? Relax in total luxury at an Airhouses holiday lodge near Lauder.

You might also like:
The Fascinating History of Thirlestane Castle.
Abbotsford, Home of Sir Walter Scott.
Three Amazing Historical Tales of the Scottish Borders.